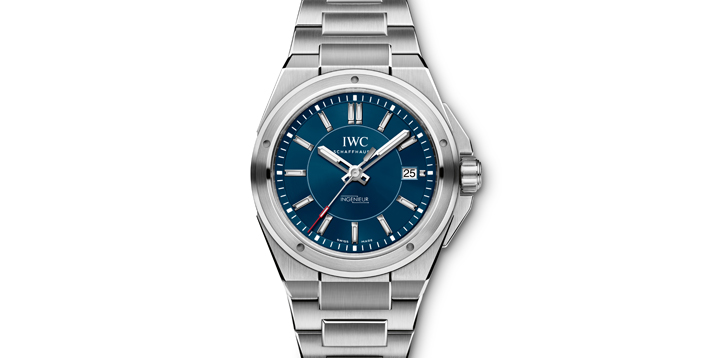 IWC has launched the next of its eagerly anticipated limited-edition replica watches produced to raise funds for one of the world’s most influential sports charities. The Ingenieur Automatic Edition ‘Laureus Sport for Good Foundation’ debuted at the Laureus World Sports Awards in Shanghai in mid-April and will shortly be available at Watches of Switzerland’s flagship 155 Regent Street showroom. 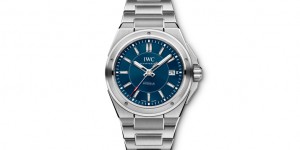 IWC replica has launched the Ingenieur Automatic Edition Laureus Sport for Good Foundation. A percentage of the £4,750 retail price will go to the charity

The IWC replica watches sale, which is the ninth in IWC’s Laureus series, was launched at an intimate event in London this week by Laureus Academy Members Sir Steve Redgrave and Sean Fitzpatrick. ‘It’s a real privilege to represent Laureus,’ said Sir Steve, who retired from a glittering 22-year career as an international rower in 2000. ‘I’ve been to projects in places as diverse as Sri Lanka and Brent, and at every one, we see how money raised by Laureus and supporters like IWC is changing children’s lives through sport.’ 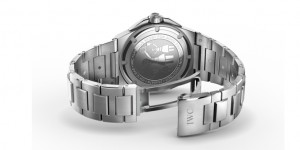 Limited to 1,500 pieces, the watch boasts an automatic movement, a steel case and bracelet, and the now familiar Laureus blue dial. The case back is engraved with a design penned by 13-year-old Nakayenga Zahara from Nakulabye in Uganda, who won a drawing competition with the theme ‘Time to Celebrate’. It costs £4,750, a percentage of which will go towards supporting Laureus projects. 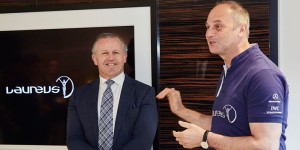 ‘I’ve seen the incredible projects and communities around the world which are being supported by the Laureus Sport for Good Foundation,’ said Fitzpatrick, who won the 1987 Rugby World Cup with New Zealand and is also the Vice-Chair of the Laureus Sport for Good Foundation. ‘The production of this limited-edition IWC Schaffhausen replica watches will benefit thousands of children from 150 projects in 35 countries around the world, giving them the tools to help themselves and others within their communities.’